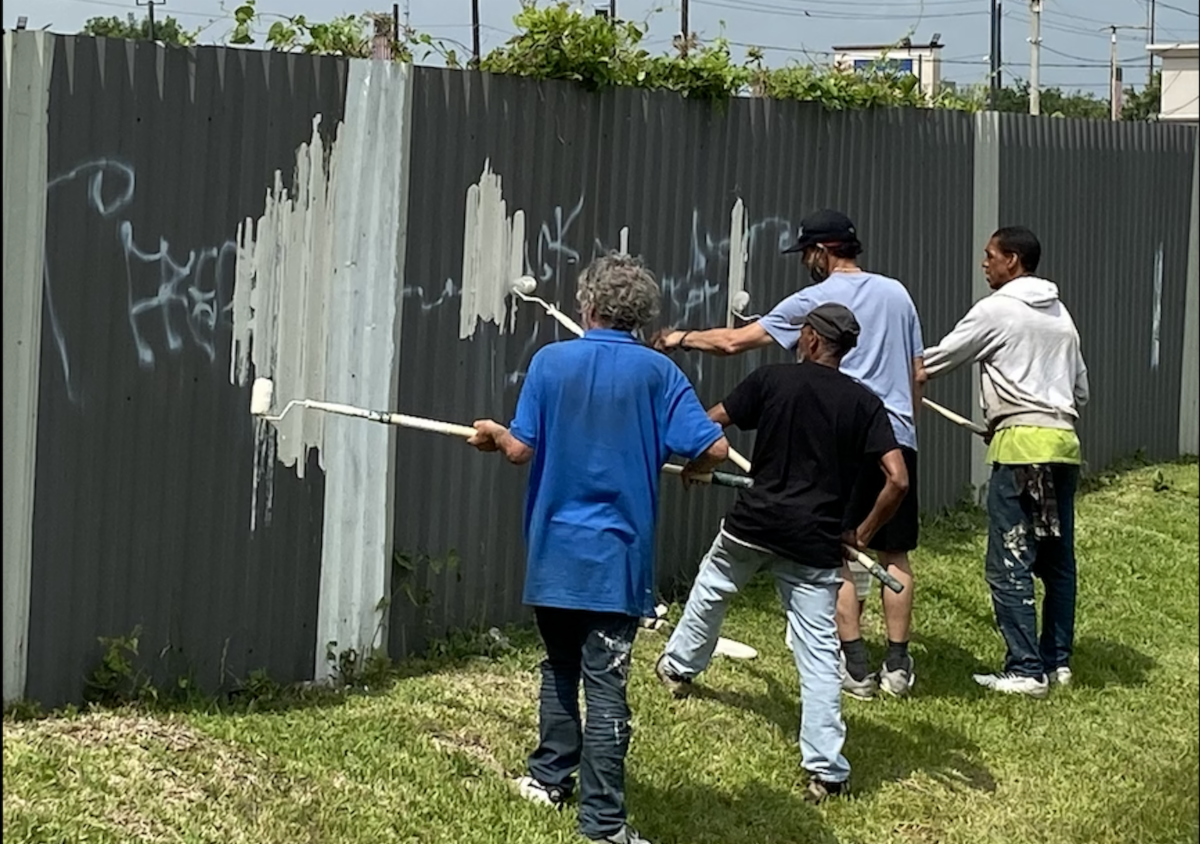 Last week, we launched a workforce development program in collaboration with Harris County Precinct 2 and Career and Recovery Resources, Inc. that supports those experiencing homelessness in east Harris County. 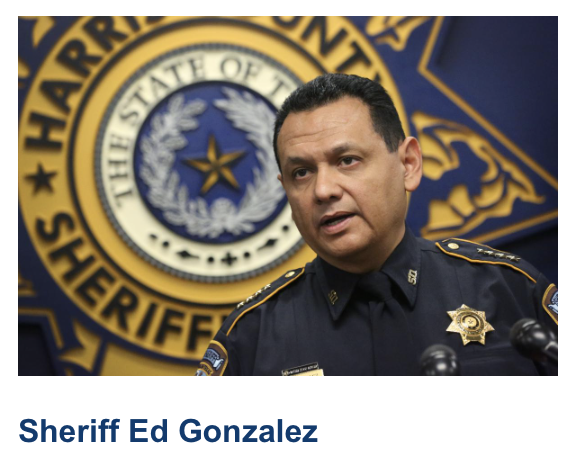 According to the Coalition for the Homeless, nearly 4,000 people in the Houston area are experiencing homelessness. This innovative partnership – rooted in community development – empowers our most vulnerable neighbors with the tools, skills, and support to help them overcome barriers to success. It connects program participants to affordable housing, employment resources, and other critical services through Career and Recovery Resources, Inc. It also allows them to earn an income by completing community development projects.

Commissioner Adrian Garcia’s Office funded the six-month pilot program, which actively recruits participants and provides them with transportation, meals throughout the workday, personal protective equipment, and the necessary training and tools to properly remove graffiti from bridges, roads, and buildings. Weather permitting, participants will have the chance to work on a first come, first served basis Monday through Thursday for about $50 a day.

Our Homeless Outreach Team deputies are in the community doing all they can to help those without housing. We have dedicated Deputy Medina to the program to coordinate with our partners on worksite locations, crew schedules, transportation needs, and other important logistics. He is serving as the program lead.

On the first day of the program, participants removed 28 graffiti tags at four different locations in east Harris County. 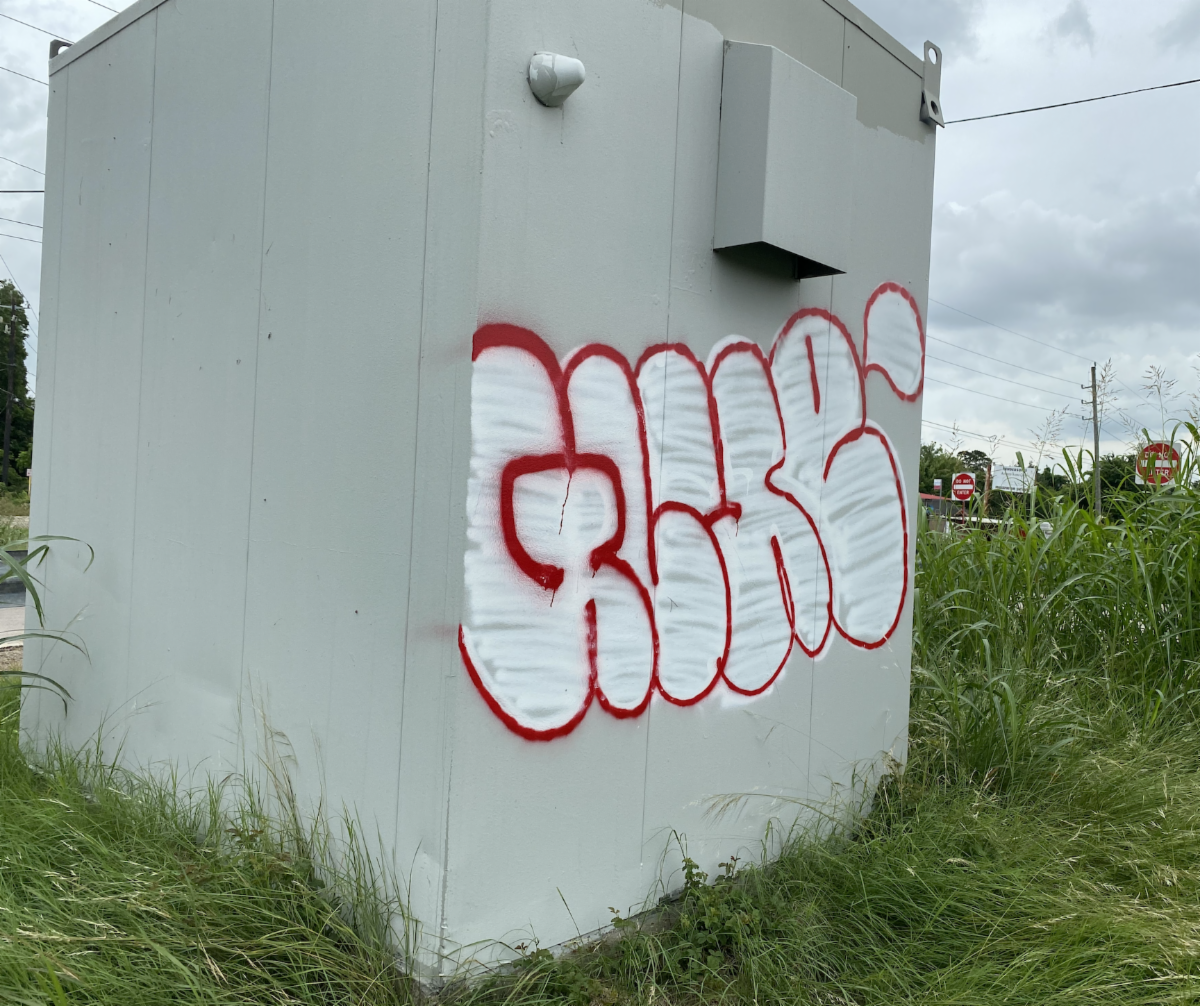 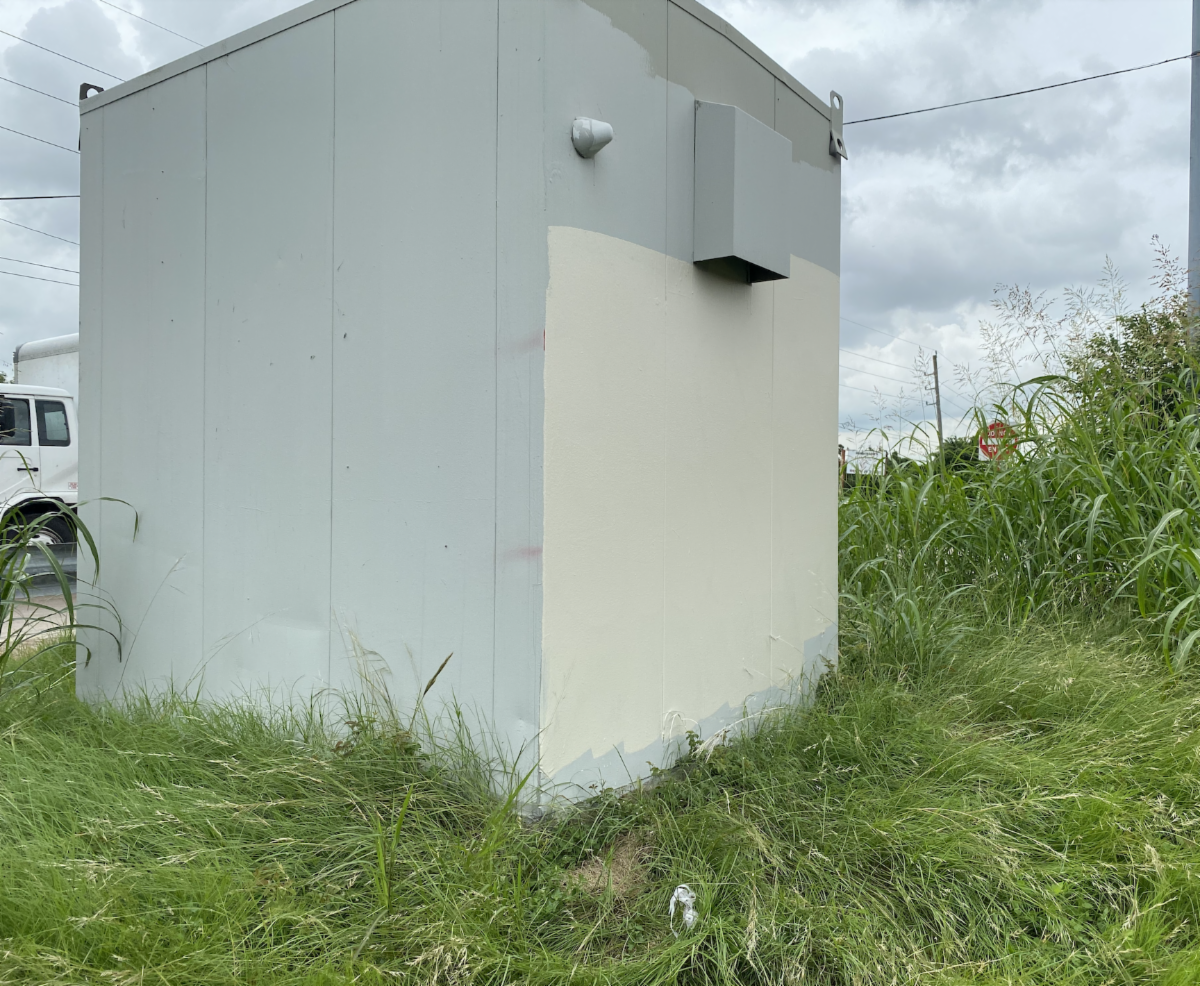 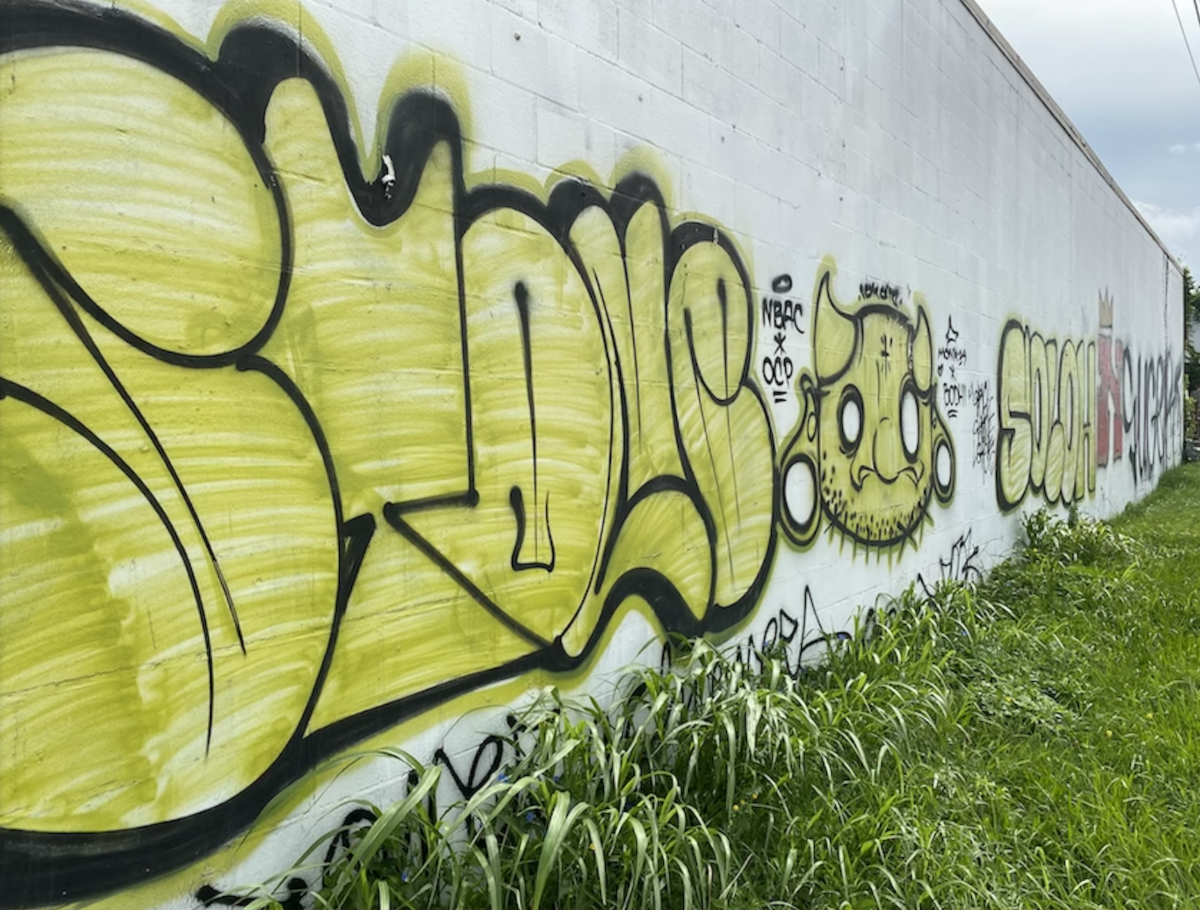 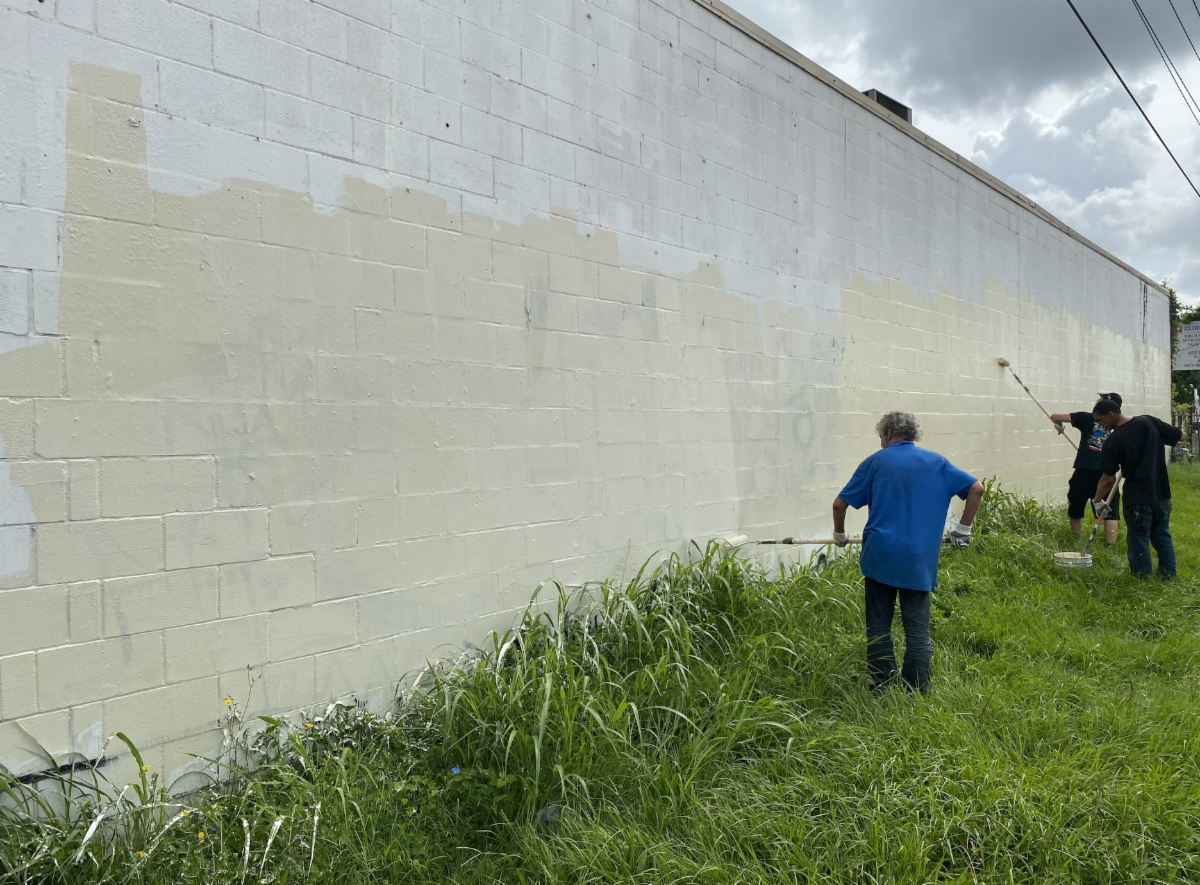 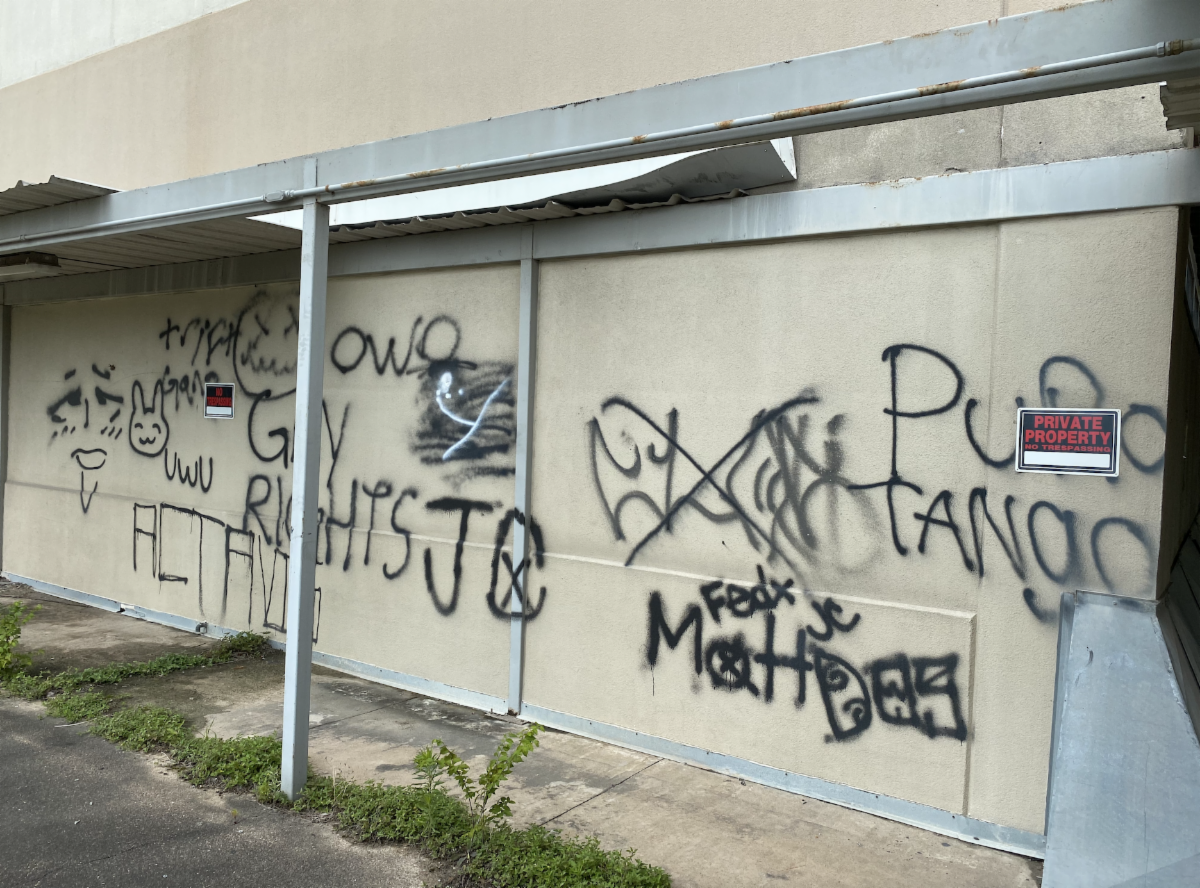 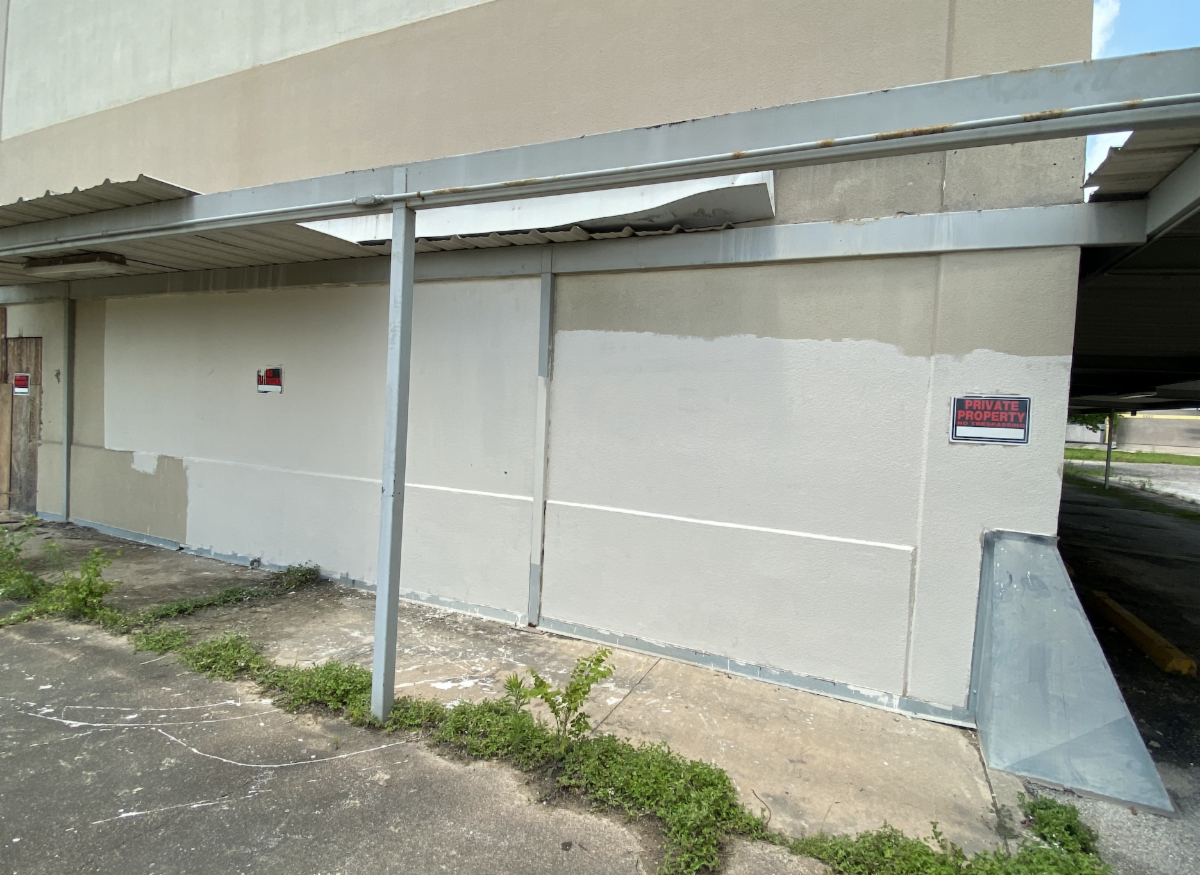 Their work continued this week in the Channelview and Cloverleaf areas and will eventually expand to other quality-of-life and community beautification projects in east Harris County, such as removing trash from illegal dumping and maintaining clean parks. 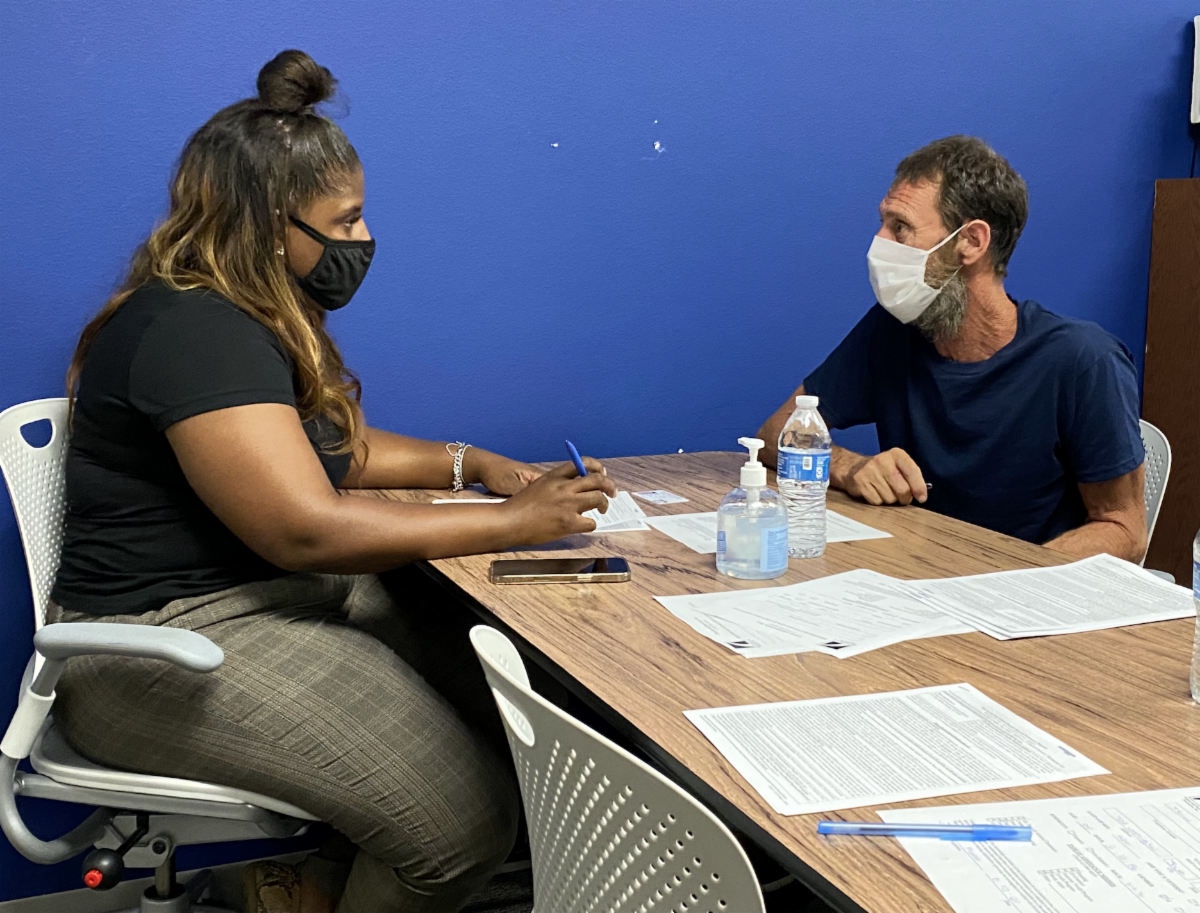 On Thursday, participants started their day with warm showers and fresh clothes at Hope Center Houston before attending a Resource Day at Career and Recovery Resources, Inc. There, staff and volunteers shared more information about their comprehensive services, which range from job training to counseling and peer support. Participants also received on-site health screenings from UTMB Health and assistance applying for a Texas Identification Card and Harris Health’s Gold Card, a lifeline for affordable medications and clinic visits.

Homelessness is among the most important, complex issues facing our criminal justice system today. We must work together to address these issues through multi-faceted strategies and compassion.

This workforce development program is an example of community policing and what can be accomplished when law enforcement agencies and the community come together.

We are proud to be part of this collaborative approach setting a viable path forward for those experiencing homelessness. Although our partner agencies have different missions, we’re all united around the call to serve our most vulnerable neighbors and keep everyone safe. 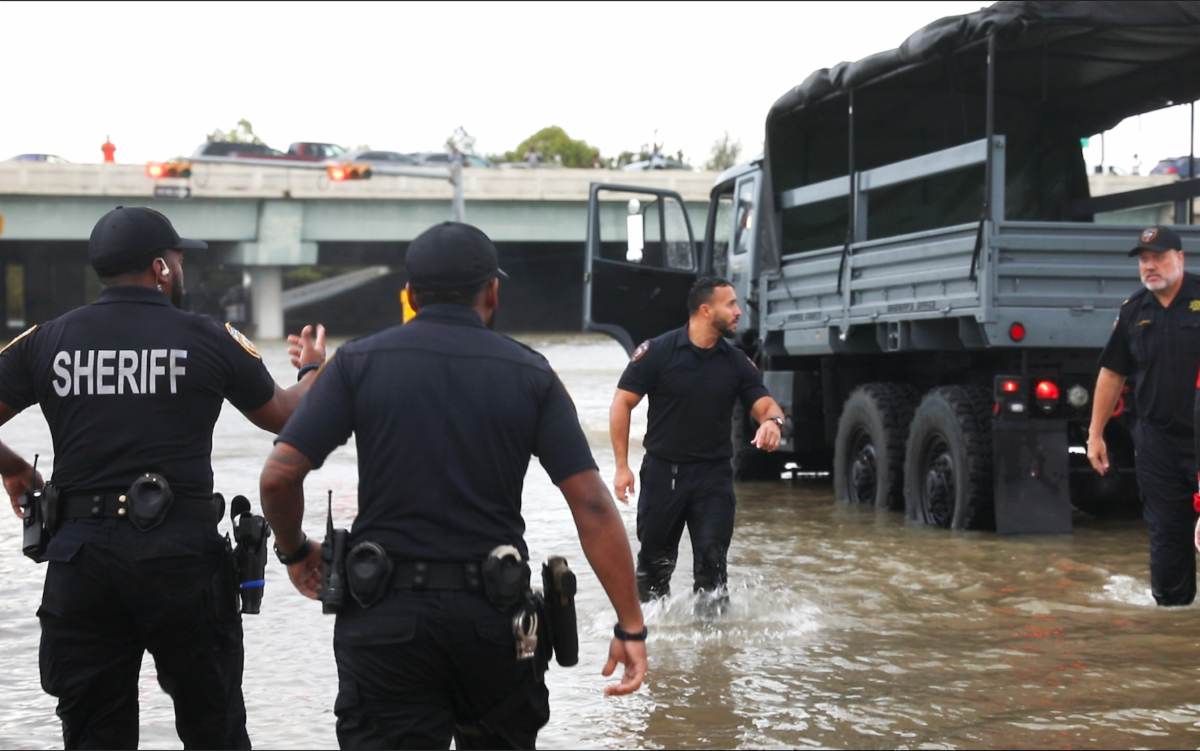 Tuesday marked the start of a new month and this year’s hurricane season, which runs through the end of November. Meteorologists and weather experts anticipate an active hurricane season, predicting 14 named storms, seven hurricanes, and three major hurricanes.

The time to prepare is now. If you haven’t already, finalize your emergency plan, stock up on critical supplies, bookmark preparedness resources, and stay informed. 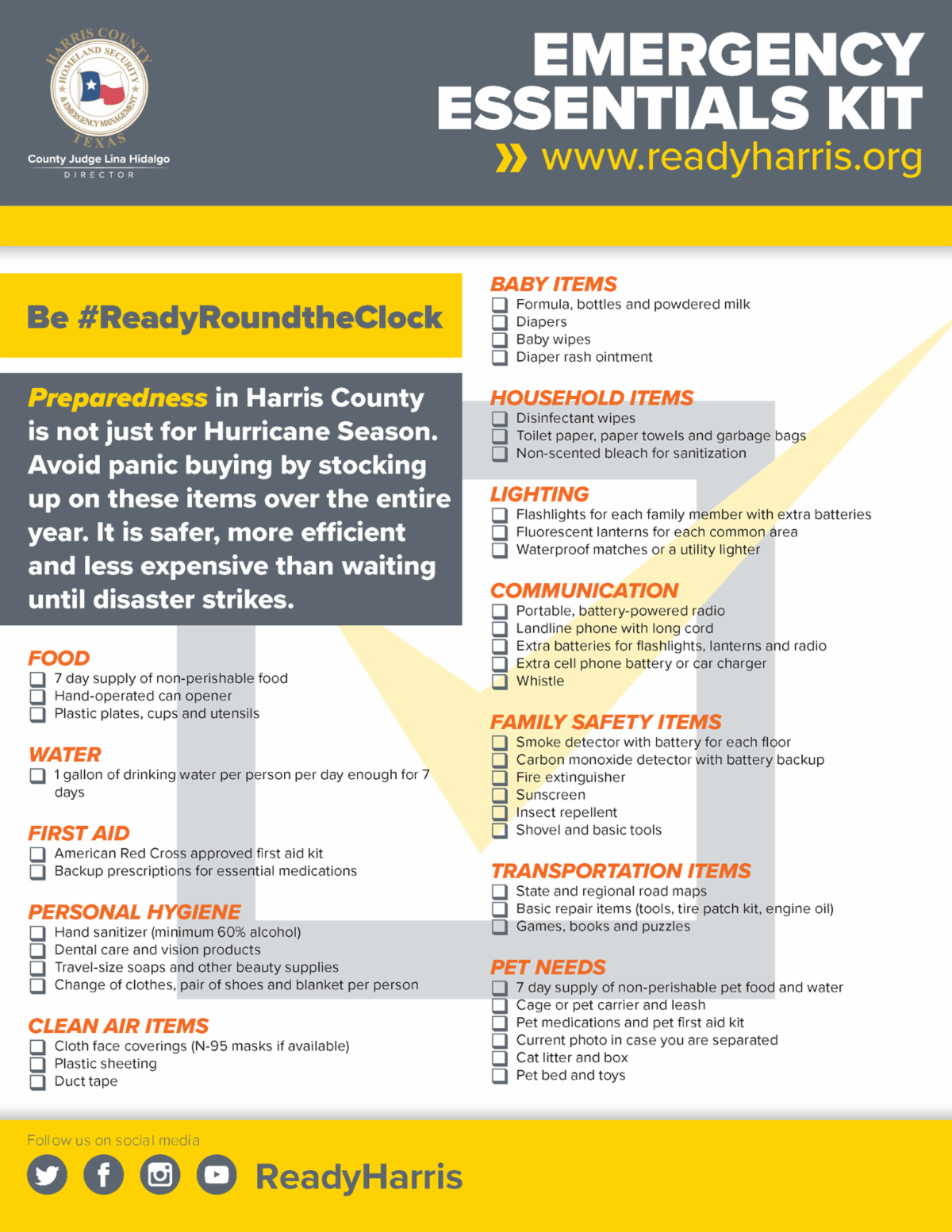 In the aftermath of a storm, many rely on gasoline-powered generators to run their household appliances. But generators can pose a serious safety threat when not used properly, because of the deadly carbon monoxide fumes they create. In fact, generator misuse after a storm has passed is often the cause of more deaths than the actual storms themselves. If you’re in the market for a generator, be sure to look for those that come with an automatic shutoff if carbon monoxide levels rise. And never operate a generator inside your home or in any enclosed space.

In addition to taking these precautionary steps, you must consider the specific needs that older individuals or those with a disability may have and include them in your emergency plan. Think about electricity-dependent equipment and medical-related items. Disasters can unfold in unpredictable ways, and even thoughtful plans may need to adapt fast to evolving circumstances. Review and print this easy-to-use care plan template from the CDC.

For those of us who lived through Hurricane Harvey’s destruction, we know it only takes one storm to devastate a community. And we also know that neighborhoods with no history of flooding are still vulnerable. Nearly 75% of homes that flooded during Hurricane Harvey in 2017 were outside the 100-year floodplain map.

As an agency, we always prepare for the worst-case scenario. Our Flood Rescue Team members respond to flooding events throughout the county and have completed rigorous swift water training at the Flood Rescue Academy in Round Rock. This essential rescue training ensures our deputies can safely and effectively set up and support emergency response and rescue operations during extreme weather events.

We have a growing fleet of rescue vehicles and watercraft for when storms threaten our region and continue to devote more staff and resources to high-water equipment and life-saving training to better ensure the safety of our communities.

This is also a moment to create a support network of nearby loved ones and neighbors on your block. Develop a check-in system and make yourself available to those who may need to lean on you during an emergency.

Stay informed and be ready before a storm hits. 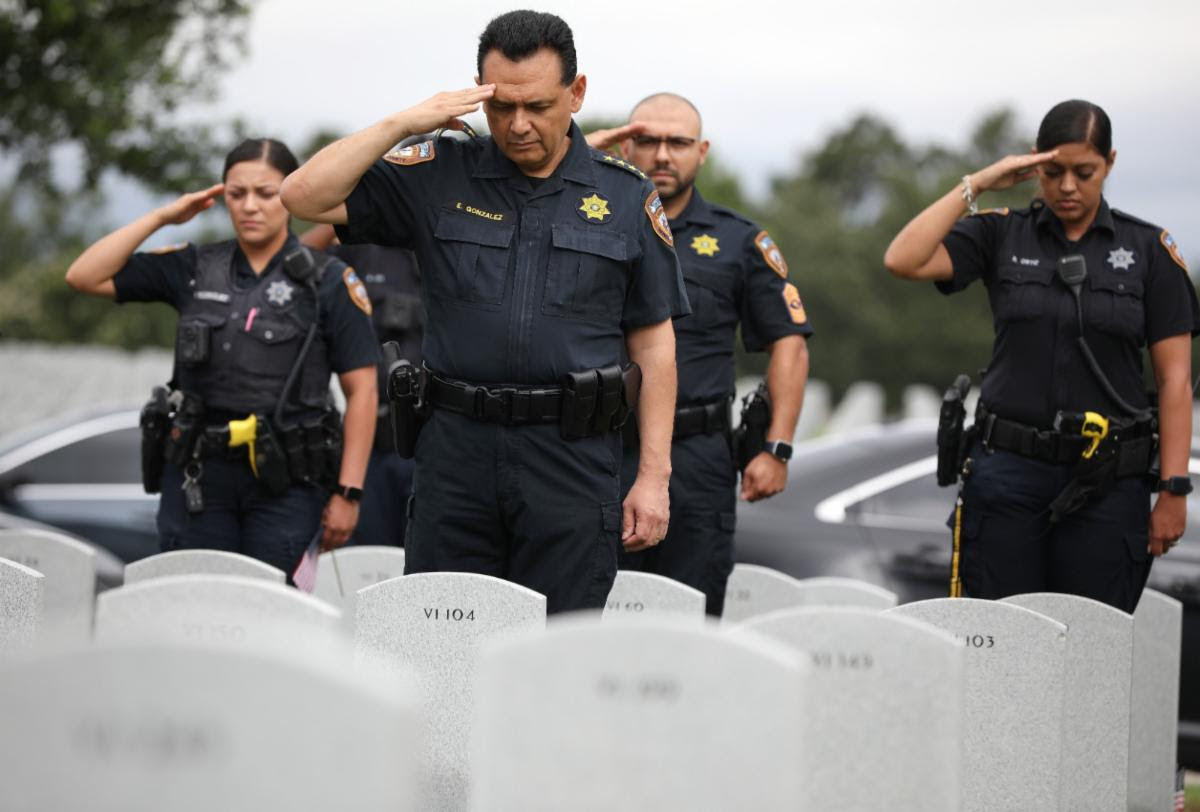 In honor of Memorial Day, our team members visited the Houston National Cemetery to place 839 American flags on the graves of past service members and to pay our respects to our fallen heroes. We solemnly unite in remembrance and appreciation of those who gave their lives for our nation.

It was an important reminder of the neighbors and loved ones we’ve lost and a moment to salute their legacy and ultimate sacrifice. We paused to reflect on the distinguished history of our armed forces and the battles – even those well beyond war – our country’s veterans endured for the opportunities we have today.

As a tribute to the fallen service men and women and their families across our communities, a bugler from the Sherriff’s Office Honor Guard sounded the moving music of Taps, a solemn and emotional signal of mourning and what Memorial Day is all about.

Houston has one of the largest veteran populations in the nation, with more than 300,000 military veterans calling our community home. Veterans are our neighbors, our colleagues, and our leaders. They represent and embody everything we should aspire to be – resilient and service-minded. Their stories and experiences inspire others to give back with pride.

At the Sheriff’s Office, we also honor the many military veterans in our agency who continue to serve their communities. Veterans are represented in various roles, sworn and civilian, and at all levels of the agency. We benefit greatly from their wealth of experience and commitment to teamwork and serving others.

We empower our veterans and foster a supportive culture for them. Our Office of Military Relations provides a wide range of support to our team members who are current military service members and veterans, as well as those in our larger community who served their country.

As an agency, we’re always searching for ways to better support those who served, implementing department policies, procedures, and programs that equip them with a strong support system and a holistic approach to meeting their needs. Every veteran receives a welcome packet from our Office of Military Relations with valuable agency resources and contacts that will help them fulfill their military service or make their transition easier. We also work collaboratively with community partners, such as Combined Arms and the Travis Manion Foundation, to facilitate access to additional services. If you’re looking to make a difference, learn more about our career opportunities here. We’re grateful for the veterans in our ranks and their countless contributions to the Sheriff’s Office.

This Memorial Day weekend, and all year long, we celebrate our country’s true heroes who have fought and sacrificed for our liberty and freedom. We owe them an enduring debt of gratitude.

God bless you, and God bless the Sheriff’s Office. 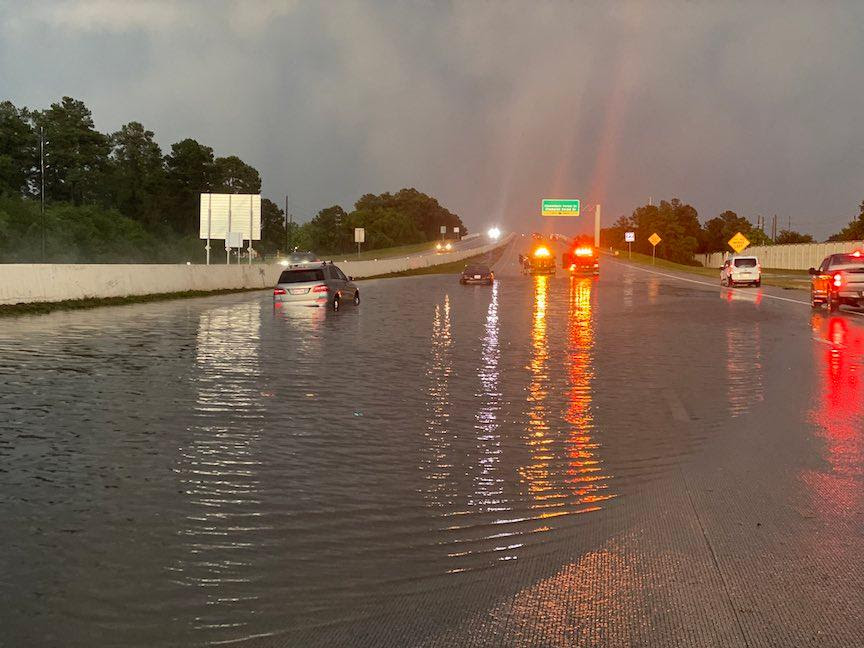 As storms quickly developed over our area earlier this week, we braced for a potentially dangerous flash flood event. The heavy showers and thunderstorms remained a concern through early Thursday.

Although flooding was mainly confined to isolated areas and roads, the possible negative impact of the severe weather conditions came less than two weeks before the start of this year’s hurricane season.

It’s a good reminder of the need to stay alert, take all necessary precautions, and follow the guidance of local officials:

We always monitor and prepare for the worst-case scenario and encourage our residents to do the same. Since Hurricane Harvey’s historic landfall, our agency has devoted more staff and resources to high-water equipment and swift water rescue training to better ensure the safety of our communities. 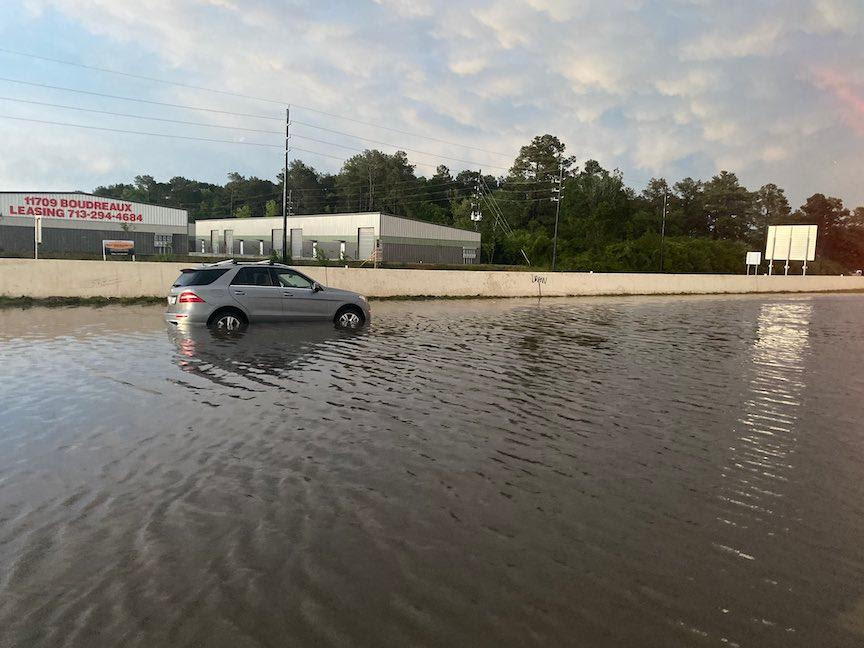 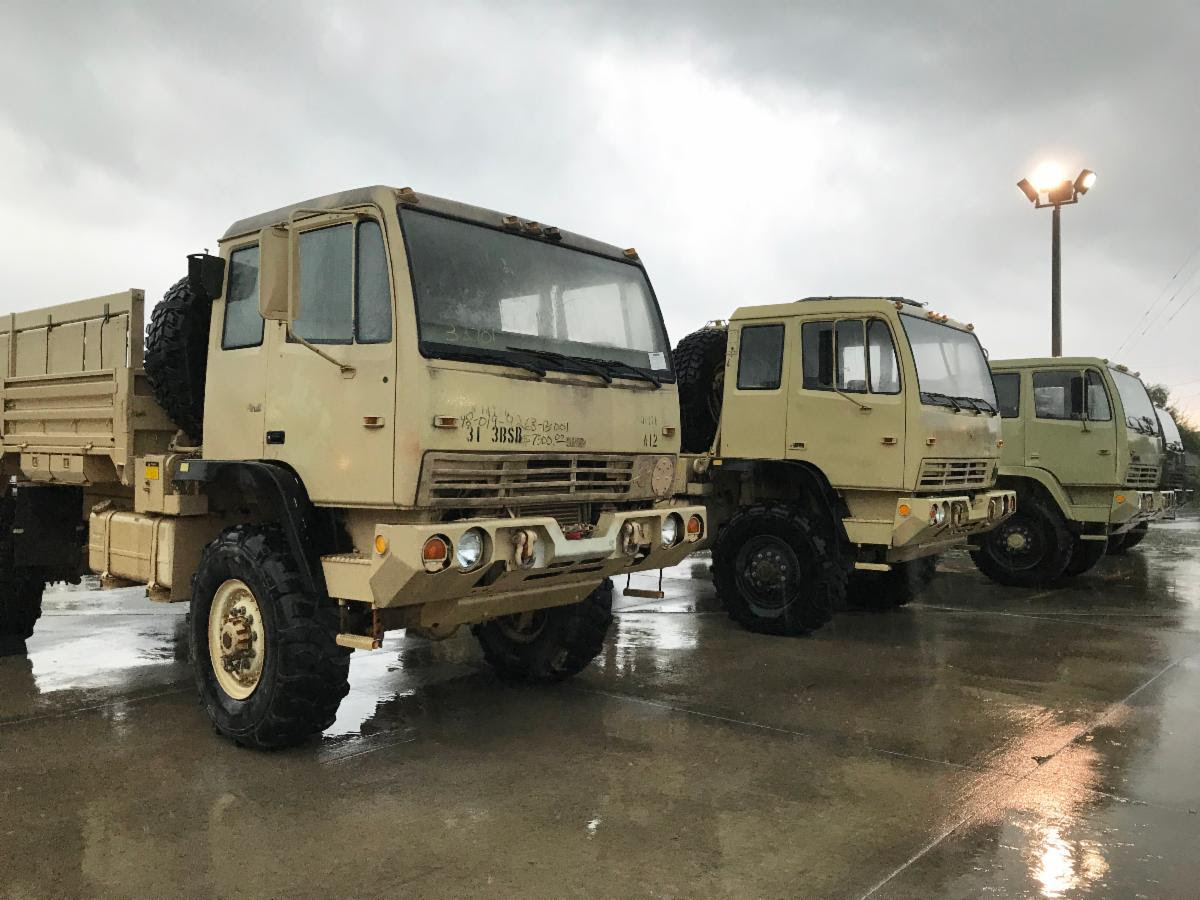 When storms threaten, we strategically stage our fleet of rescue vehicles and watercraft throughout the county so we are be poised to act when called upon.

It is important to have an emergency plan and a disaster kit in place as weather forecasts can change quickly. Stay informed and be ready before a storm hits.

Houston is considered a major hub for all forms of human trafficking. Our Human Trafficking Unit investigators play a critical role in identifying and combating these horrific cases that often victimize our most vulnerable neighbors. The prevalence of human trafficking, which involves exploiting a person for labor, services, or sex, is difficult to gauge due to underreporting and the crime hiding behind businesses.

Our coordinated response against human trafficking includes working collaboratively with law enforcement agencies, encouraging residents to report traffickers and potential human trafficking victims, and connecting victims to social service organizations that provide the necessary tools and resources to empower them.

We conduct proactive investigations and participate in multi-partner operations, where we locate victims based on intelligence that we have developed. The Sheriff’s Office is a proud member of the Human Trafficking Rescue Alliance, a regional task force aimed at identifying, apprehending, and prosecuting those engaged in trafficking. The task force is made up of local, state, and federal agencies and combines resources to target human traffickers and connect victims of all forms of human trafficking, including labor and sex trafficking, to victims’ services. 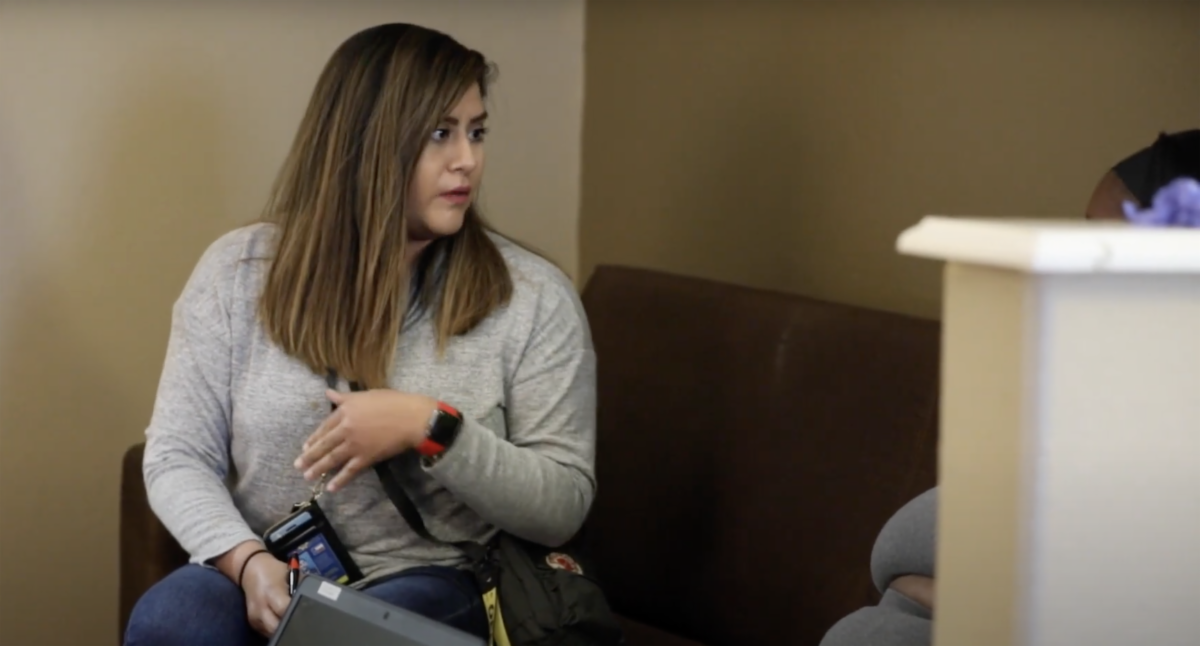 In our latest effort to combat this epidemic that’s often hidden in plain sight in our communities, our Human Trafficking Unit organized a three-day operation from May 12-14. The first day was spent in east Harris County area hot spots for sex trafficking and prostitution. The remainder of the targeted operation was held at a hotel in northwest Harris County. It led to 17 arrests, including prostitution charges and open felony arrests.

During these operations, undercover deputies may pose as those running a prostitution ring or those soliciting sex for money. They will also arrange meetings with people who may be trafficked victims, with the hopes they can lead investigators to the traffickers. 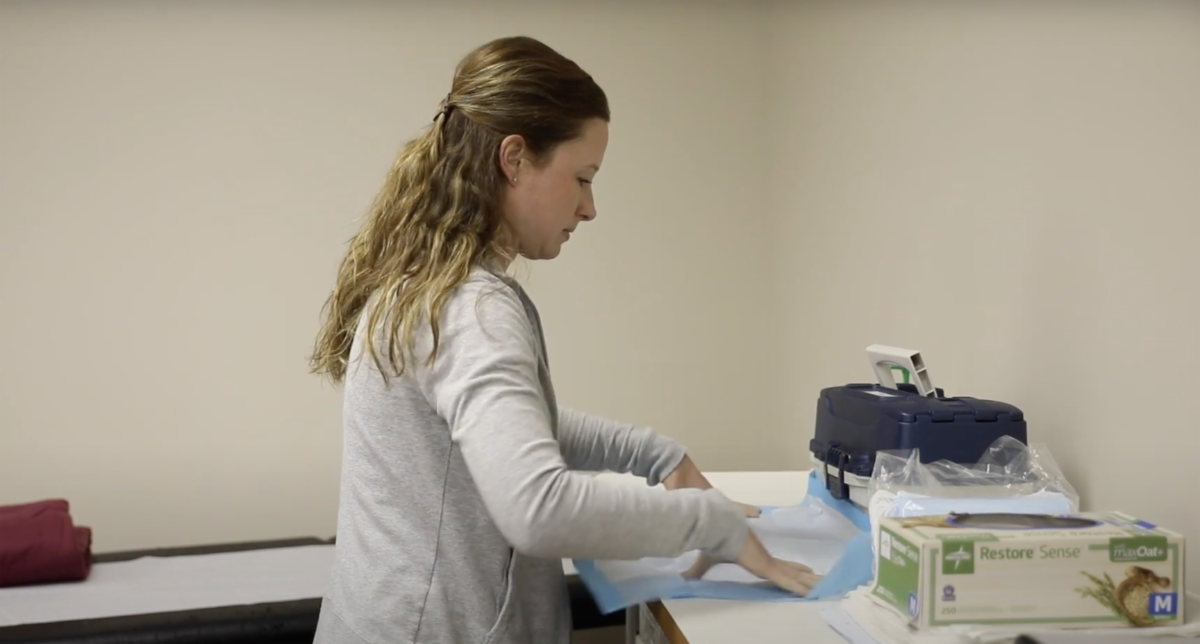 Victims are able to share their stories in-depth and provide investigators with any relevant information leading up to that moment.

A team of forensic nurses, who have specialized knowledge and skills to care for patients who have experienced sexual assault or human trafficking related injuries, provide on-site medical care and exams. Our victim advocate partners from YMCA International Services connect them to critical services and resources, such as counseling and basic needs support.

Collaboration among law enforcement agencies and the community is key to raising awareness of this issue and disrupting human trafficking activity. If you or someone you know might be a victim of human trafficking, call the National Human Trafficking Hotline at 1-888-373-7888.

We stand together with those who are being trafficked, survivors, and the many advocates in our region whose mission is to end human trafficking for all.

For persons with questions or needing help regarding website accessibility, or to request the provided information in alternative formats, please call (832) 463-0231.